Vis archipelago is a peculiar area in the central part of the Adriatic Sea which has undergone specific geological transformations related to salt tectonics, resulting with fabulous geological structures and geomorphological features. The islands are characterized by both, the oldest and the youngest rocks on the eastern Adriatic coast, and are still growing. A variety of unusual 220 million years old rocks are incorporated within diapirs – masses of primordial salt from Earth's deep layers that penetrated the Earth's surface while pushing upwards younger carbonate rocks deposited on top of an ancient tropical carbonate platform. The most spectacular tectonic intrusion from the Earth's deep was formed in the very spacious Komiža Bay, where peaks of this salt and magmatic burst from the crust five kilometers in depth, rise above the sea. The World Wildlife Fund has proclaimed the Vis Archipelago one of ten last „Paradise oases of the Mediterranean“, while taking into consideration its natural distinctiveness, cultural heritage, historical references to the island as the crossroads of maritime routes, which has been in the centre of great historical events since Antiquity. Based on undertaken scientific research which has revealed exceptional biodiversity of land and underwater flora and fauna of Vis, the WWF has included the Vis Archipelago in the Blue Corridor (2003). This open sea island is an area with the largest concentration of monuments of nature in Croatia. The archipelago includes the most distant Croatian islands (Palagruža, Jabuka, Sveti Andrija, Brusnik and Biševo). Each of these islands is unique in its geological and its fishing history with the oldest preserved type of fishingboat in the Mediterranean - falkuša. The island of Vis is the birthplace of urban civilization on the eastern coast of the Adriatic. In 397 BC, Dionysus the elder, tyrant of Syracuse, founded on the island of Vis the first Greek colony on the eastern coast of the Adriatic. Greek historian Theopompus writes that the Ionian Sea (i.e. the Adriatic) got its name from Ionios. Vis is located along the oldest trans-Adriatic route – Diomedes' route. Due to its strategic importance the British called Vis the „Gibraltar of the Adriatic. “ In WWII Vis was the only unoccupied territory in Europe. After the WWII Vis archipelago became a military zone and remained to until 1989. Forceful isolation of this open sea insular space also had one positive consequence: it conserved the island at the time of sudden expansion of mass tourism on the Adriatic and preserved it for better times in which the world recognized the value of its natural and cultural heritage. The initiative for establishment of the Geopark Vis Archipelago was realized in April 2019, and the Geopark Vis archipelago became a part of the European Geopark Network and UNESCO list of world heritage. Geopark Vis archipelago has 3 geotrails: Geotrail Komiza, Geotrail Biševo and Geotrail Vis -Rukavac. In cooperation with Geopark and with the expert guidance of the guides, a tour of the trail is an ideal way for a different approach to getting acquainted with the island of Vis and its associated islets. The Geopark visitor Center is located in Town of Komiza at Batuda 2, where you can find out more about the rocks of the Vis island, about the natural, cultural heritage, the tradition and about preservation of heritage with the welcome and guidance of Geopark's Vis archipelago. For more information visit Geopark's web site: www.geopark-vis.com or on facebook: Geopark Vis Archipelago. Photo: Ivo Pervan & Matko Petrić.

Be up to date with all the news from Komiža. 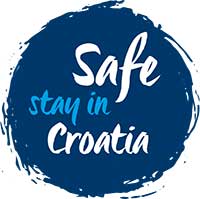